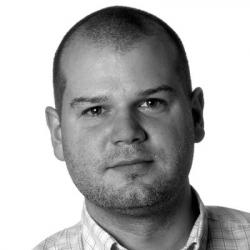 Mirko Presser is an Associate Professor in Digital Business Development at Aarhus University, Denmark. Before that he was the Head of Research and Innovation for the Smart City Lab at the Alexandra Institute also in Denmark, launching initiatives such as Smart Santander and Smart Aarhus.

He is also the president and now vice president of the IoT Forum since it was founded in June 2013, organizing an annual 1500+ participant event for IoT researchers, policy makers and professionals. He has been studying and researching IoT and other digital technologies since 2002, first through a Master's degree in Physics with Astrophysics, followed by a Master's degree in Telecommunications and Systems Engineering, both from the University of Bristol, and he also received a PhD on the Mobile IoT from the University of Surrey. He has been involved in the European FP6, FP7 and now H2020 as a researcher, technical manager and coordinator.

Most recently he has been engaged in the next generation internet pathfinding initiative working towards a more human centric vision for the internet, followed by coordinating the NGI Pointer project on renovating the Internet Architecture.