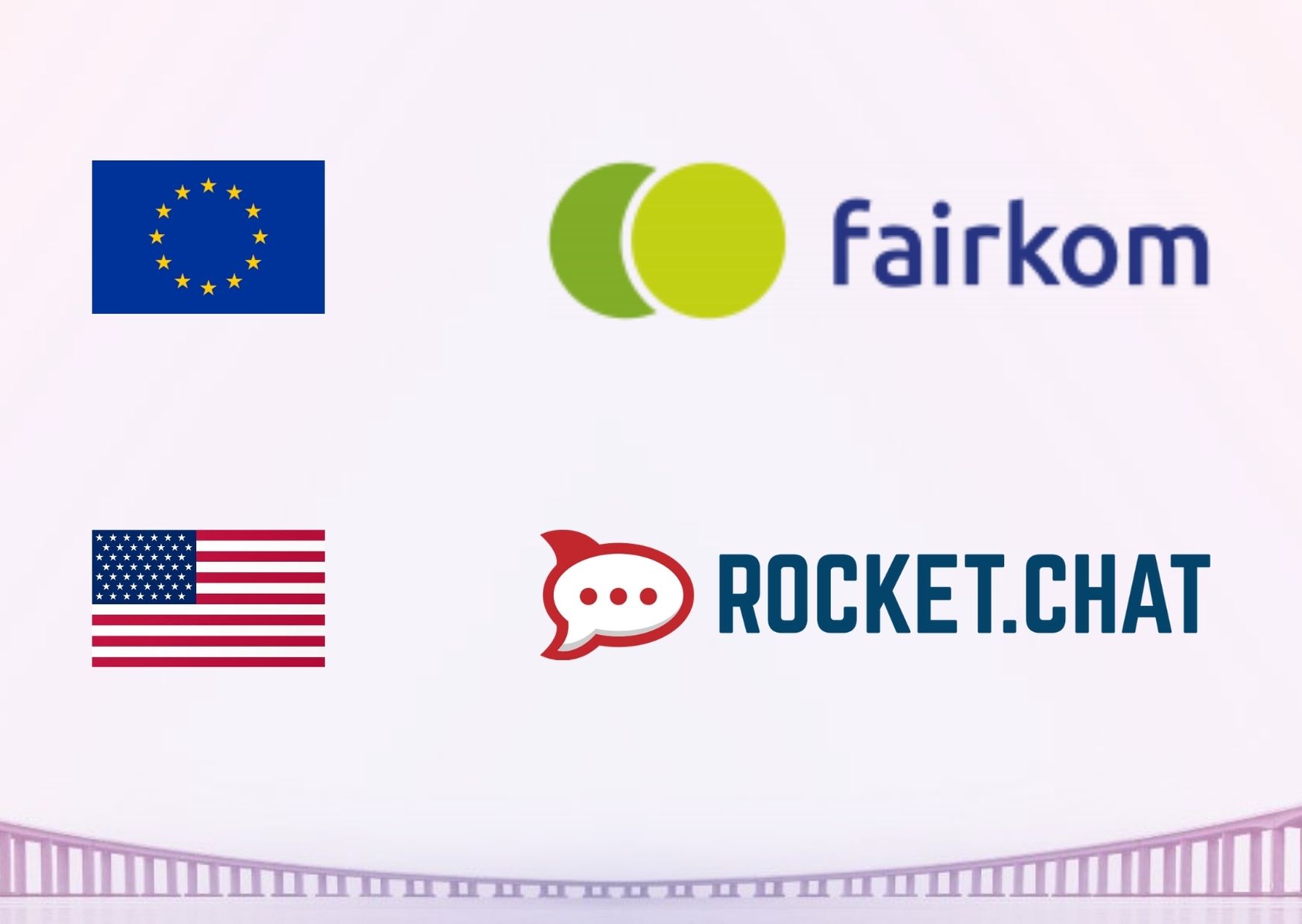 The EU – US FairTeam project is addressing the NGI topics of Privacy and Trust enhancing technologies and Decentralised Data Governance, in an open source and cloud-based workspace environment to improve the way that teams can be mapped together, based on the concept of “fairness”. In addition, the project is also addressing the integration of identification technologies and vertical integration between the communication services.

Making a service available for independent teams is usually happening at a mature level of a product stage. Rocket.Chat supports federation of instances, which perfectly covers the use case of connecting chat groups among instances. Rocket.Chat also supports “discussions”, which inherit team members of a chat group.  However, within an organisational perspective, we want to be able to assign selected chat groups to a team as well.

Several solutions have been discussed in issue 658 for various use cases, but none has been really satisfying yet for a wider deployment. In this project, the team will be focussing on the mapping of group members with a nextcloud circles via API or with an identity managements system like keycloak to Rocket.Chat teams. As a user base the team can rely on fairchat, which is a large RocketChat based platform provided by fairkom to private users, NGOs and several companies. fairchat.net can be used with any browser and also has its own apps in the Android and Apple stores.

Two experiments will be carried out, working closely with the Rocket.Chat development team.

On the fairchat staging server the team will be testing:

Experiment 1 will be conducted with 3 teams with 3 groups each, total  20 users. The following groups active in fairchat will be approached to participate:: fairkom-team (fairkom team members, closed group located in Austria), fairmove-it (network of IT professionals for sustainability projects, located in German speaking countries, open channel) and transition-austria (network of Transition Towns, open channel).

On the fairchat production server the team will be testing:

Experiment 2 will be conducted with 5 teams with 3 groups each, total  50 users. The following groups active in fairchat will be approached to participate: fairmove-it (network of IT professionals for sustainability projects, located in German speaking countries, open channel), transition-austria (network of Transition Towns, open channel) and fairmeeting (users who purchased a fairmeeting or fairteaching video conferencing package, located in Europe).

The EU partner, Fairkom Gesellschaft, based in Austria, is a competence network for open source based solutions, with a focus on the use of online services for the fair use of shared resources in a number of fields related to cloud services, software development, commons, and social design. Their vision is based upon an orientation towards the common good that does not reward shareholders, but people who use open source tools to set meaningful activities, which is very much in line with the human-centric vision of the NGI initiative of the EU.

The US partner, Rocket.Chat Technologies Corp., whose headquarters is located in Delaware, USA, with a global presence, has access to larger deployments and know-how of organisational structures when it comes to defining team memberships; they were selected for this NGIatlantic.eu team to offer test beds to run the EU – US NGI experiments, as they have significant experience in  know-how for small and large deployments, including tuning, and adaptation of such systems over diverse network and hardware topologies from the smallest to largest clusters of distributed servers servicing millions of global users.

In the preparation phase of this experiment, the Rocket.Chat API is being extended with functions for managing teams. This allows us to connect various group management systems.

The experiments will be performed with selected Rocket.Chat instances and group management systems. This requires us to set up either staging copies of this instances or work on the production platforms to experiment with, depending on the willingness of the invited leads to take a little risk in the experiment, that it may fail. Recovering procedures will be prepared, in case something goes badly wrong.

As group management systems Nextcloud and Keycloak will be used. In the experiment we will try to align the APIs so that creating or deleting a team or adding and removing team members in Rocket.Chat is being synchronised with the groups in the IDMs.

After the successful completion of this project, the experiment ideally can enter TRL 8 and qualify the results soon as system complete to be applied also in customer projects.

Nextcloud + Rocket.Chat + Keycloak is a top selling open source stack combination and Fairteam can lead to the vertical integration of market leading open source framework to manage and synchronize teams.  At the same time, Rocket.Chat intends to integrate the team feature in the EE version wbhile fairkom will offer the team feature as an extension to its portfolio of SaaS and consulting services.