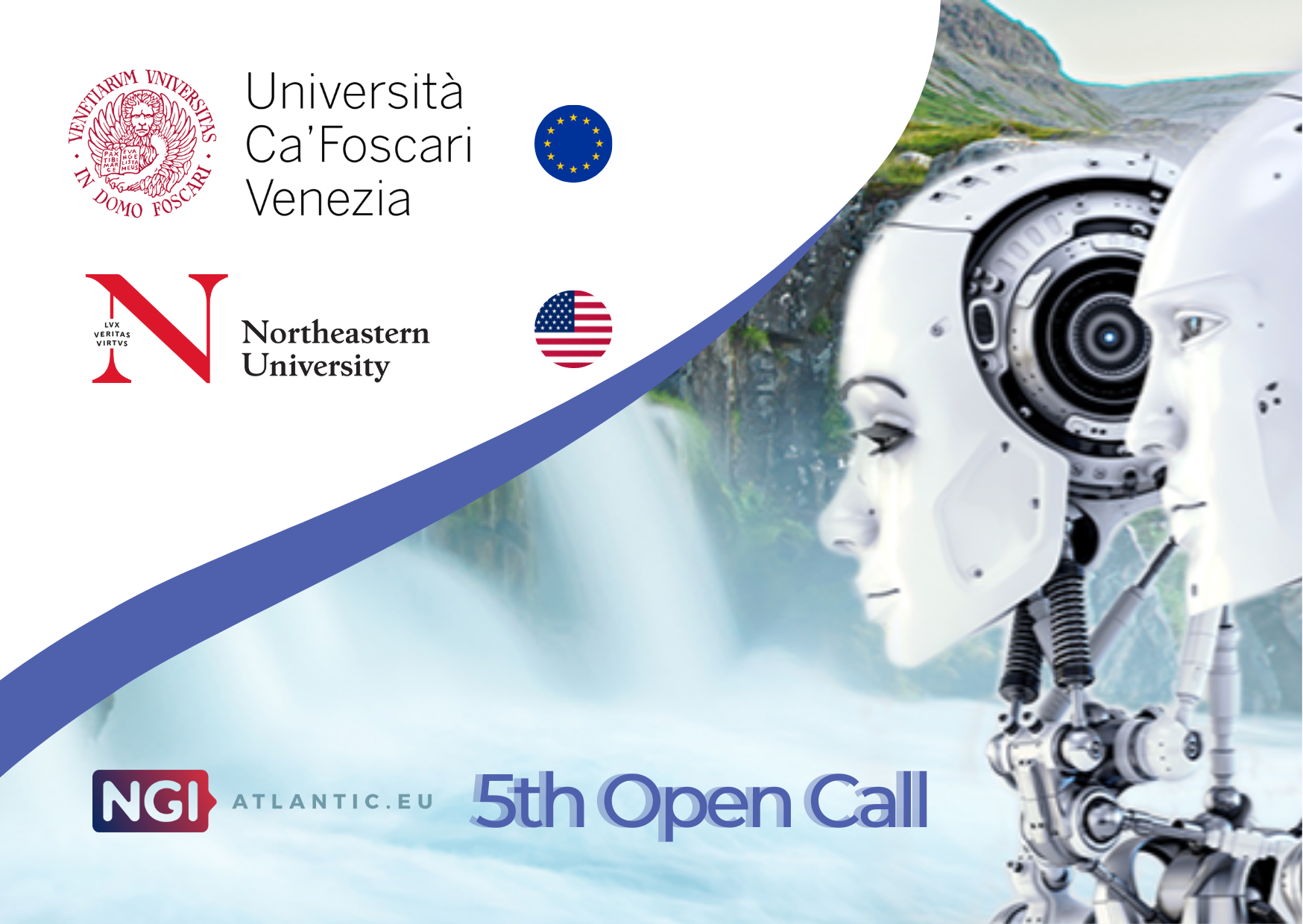 Prof. Leonardo Maccari is the Italian PI of the project. He has been associate professor at DAIS since 2019. He has more than 60 publications in the networking field, among which several works on mesh networks.

Prof. Andrea Marin is an associate professor at DAIS, with more than 110 publications in the networking and performance evaluation field.

Gabriele Gemmi is a third-year Ph.D. Student at DAIS. His doctoral thesis is focused on Wireless Backhaul Networks both for mobile access and Fixed Wireless Access.

Prof. Tommaso Melodia is the William Lincoln Smith Chair Professor with the Department of Electrical and Computer Engineering at Northeastern. He is also the Founding Director of WIoT and the Director of Research for the PAWR Project Office. He has extensive experience in self-organizing mesh networks.

Dr. Michele Polese is a Principal Research Scientist at WIoT, with several publications on O-RAN and IAB.

5G was designed to provide an impressive performance step-up compared to its predecessors, but its success depends on a strong increase on the number of base stations, named Next Generation NodeB (gNB), which may pass from 8-10 per km2, to tens and maybe hundreds of per km2. gNBs need to be connected to the core network, thus increasing the costs of the infrastructure and making the network affordable only in densely inhabited areas.

To solve this challenge 5G introduced the concept of Integrated Access and Backhaul (IAB) in which “IAB-nodes” collect the traffic from user terminals and have no wired connection, and “IAB-donors” are fiber-connected to the network core. A wireless backhaul network between gNBs needs to be created to route the user traffic from IAB-nodes to the closest IAB-donor.

Replacing the cable connections with a wireless multi-hop network is a key opportunity to make 5G services profitable even in situations where a capillary cabled infrastructure would be unaffordable, and in general to extend the reach of mobile networks. A new challenge for research is to provide performance, reliability, and dependability to those we call Next Generation Wireless Backhaul (NGWB), leveraging on the research background on wireless mesh networks.

This project aims to evaluate the technical feasibility of large-scale NGWB using real world data and taking advantage of the “Colosseum” testbed available at Northeastern University. This testbed, based on 256 software-defined radios, allows the deployment and testing of solutions at scale under different channel conditions, which are emulated through FPGA-based filters.

Our goal is to design networks based on realistic scenarios and assess to what extent NGWB can be used to make 5G more accessible by the end users.

Further details can be found on the experiment website.

Impact 1: Enhanced EU – US cooperation in Next Generation Internet, including policy cooperation.
The project has financed the mobility of Gabriele Gemmi, a PHD student of UniVe that moved to NEU at the beginning of September and spent three months working on the Colosseum platform. The experimental results and the publications are based on the joint work of personnel from UniVe and NEU. Gemmi is confirmed to remain in NEU after the end of the project (Dec/22 - Feb/23) with funding offered by NEU and UniVe Ph.D funding. The visit of Prof. Maccari and Marin to NEU gave the possibility of working side-by-side with NEU personnel, preparing the publications and opening new research directions that will be carried out after the end of OR2AN2G. Maccari and Marin presented the OR2AN2G project results to the whole WiOT personnel, and external guests that were present in the institute. A research plan was prepared based on the publication drafts.

Impact 2: Reinforced collaboration and increased synergies between the Next Generation Internet and the US Internet programmes.
Colosseum is fully accessible from remote, but has a steep learning curve. In the initial phases of its usage, support from NEU personnel helps to speed up the set-up of experiments. Having gone through this process, we are opening the possibility for future students and researchers from UniVe to work on Colosseum and reinforce the scientific cooperation between US and NGI partners. In particular, all the experience gathered so far is key to make the interchange smoother than it has been in this first occasion, also at the administrative level.  The new scenarios we produced become part of the assets of Colosseum and can be re-used by future researchers.

Impact 3: Developing interoperable solutions and joint demonstrators, contributions to standards.
One of the key features of 5G is the use of an open design, as opposed to the monolithic approach of previous generations of mobile networks. The open interfaces are currently under development, the O-RAN specifications and the OAI implementation are both two moving targets. This project produces results using real and reusable code, which has a key impact: It serves as a demonstrator for the validity of the specifications and the implementation. Our experiments outlined some of the limitations of OAI, which we reported and discussed with the international team led by Eurecom, in order to be solved.

We extended OAI realising the code for the O1 interface, needed to monitor the network state and trigger the network reconfiguration in the rApp. We also validated the design of the IAB-like solution we used, that is compatible with the current state of OAI.  The code we realised is interoperable with any other research facility respecting O-RAN.  As confirmation of this, Gabriele Gemmi has applied to the POWDER winter school with the goal of repeating experiments on the POWDER test-bed, which is another relevant 5G testbed in USA. The final notification of its accepted participation will be on Dec. 19th.

Impact 4: An EU - US ecosystem of top researchers, hi-tech start-ups / SMEs and Internet-related communities collaborating on the evolution of the Internet
The code and the scenarios we realised for Colosseum is directly reusable in real networks. Colosseum is essentially an emulated real network, so all the components we develop could potentially be re-used in a real setting. Our work then contributes to the available resources that can foster the market of 5G solutions. 5G is intended to have a multiplayer approach, the open source controller we will develop could be used by a real operator as a base for his on-field work. This is exactly the inter-play that is desirable between research institutions and start-ups, in which the former proposes innovative solutions based on high-level research that are used by the latter to foster a market in the area. The open source code for the optimization of the backhaul, and the new scenarios we make available to the community are examples of this kind of impact.  It is important to stress that the whole toolchain we produced and published, from data collection to optimization and test can be reused by anyone (including operators) to design their networks, optimise them and even test them on Colosseum before deployment.

The results of the project can be divided into two main categories:

Algorithms and Source Code - All the sources and algorithms produced by the project are made available on open source repositories. This includes the following artefacts:

Experimental Results - both quantitative and qualitative.

Referring to the objectives and the KPI mentioned in the project submission, we consider the project successful, as we were able to deliver on all the KPIs.

While some of the sub-experiments could not be completed, we extended the state of the art with a new demand model, we started a line of research on stochastic modelling based on our data: under a scientific point of view the project has produced code, data, one published short paper and two drafts publications. A paper will be completed in the forthcoming weeks, detailing the platform, the interfaces, the application, and will be submitted in January 2023.
We are confident that in 2023 we will be able complete our experiments and submit a second paper in the summer.

There are many future directions opened by the results. Among them we mention:

From a technological point of view, we expect OAI to mature and provide some of the components that are still missing, for instance the possibility of fast-handover that is required to have a seamless network reconfiguration upon failures, triggered and guided by the rApp.

Under the point of view of the international cooperation, the project opened a link between UniVe and NEU, which we will strengthen in the next months. Gabriele Gemmi will remain at NEU up to early 2023, one of the target conferences chosen for the publications will be held in Boston and is organised also by personnel of NEU. Next step will be the organisation of a meeting to continue the cooperation between the two parties.